Street and lane closures will occur throughout the center city and surrounding areas for the Covenant Health Knoxville Marathon race events, which will be held March 30-31. All roads are expected to be open by 2:30 p.m. Sunday, March 31.

The Clinch Avenue Viaduct serves as the start for all races and will be closed to traffic starting at 2 p.m. Saturday until 2:30 p.m. Sunday. Parking will be prohibited on Clinch Avenue between 11th and 16th streets, and vehicles parked on the street will be towed Saturday evening.

The 5K starts at 7 p.m. on Saturday with closures at Clinch Avenue between World’s Fair Park and 16th Street, portions of Volunteer Boulevard, Peyton Manning Pass, Phillip Fulmer Way and James Agee Street until about 8:30 p.m.

Maps of the courses are available at www.knoxvillemarathon.com.

The details for specific road closures are as follows:

The Covenant Health Knoxville Marathon is a premier event organized by the Knoxville Track Club, a nonprofit 501(c)(3) organization dedicated to the encouragement of physical well being through running and walking. 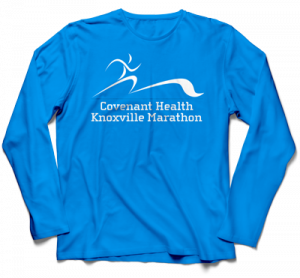 Browse our store to purchase the latest gear and apparel for the start of your training season. END_OF_DOCUMENT_TOKEN_TO_BE_REPLACED